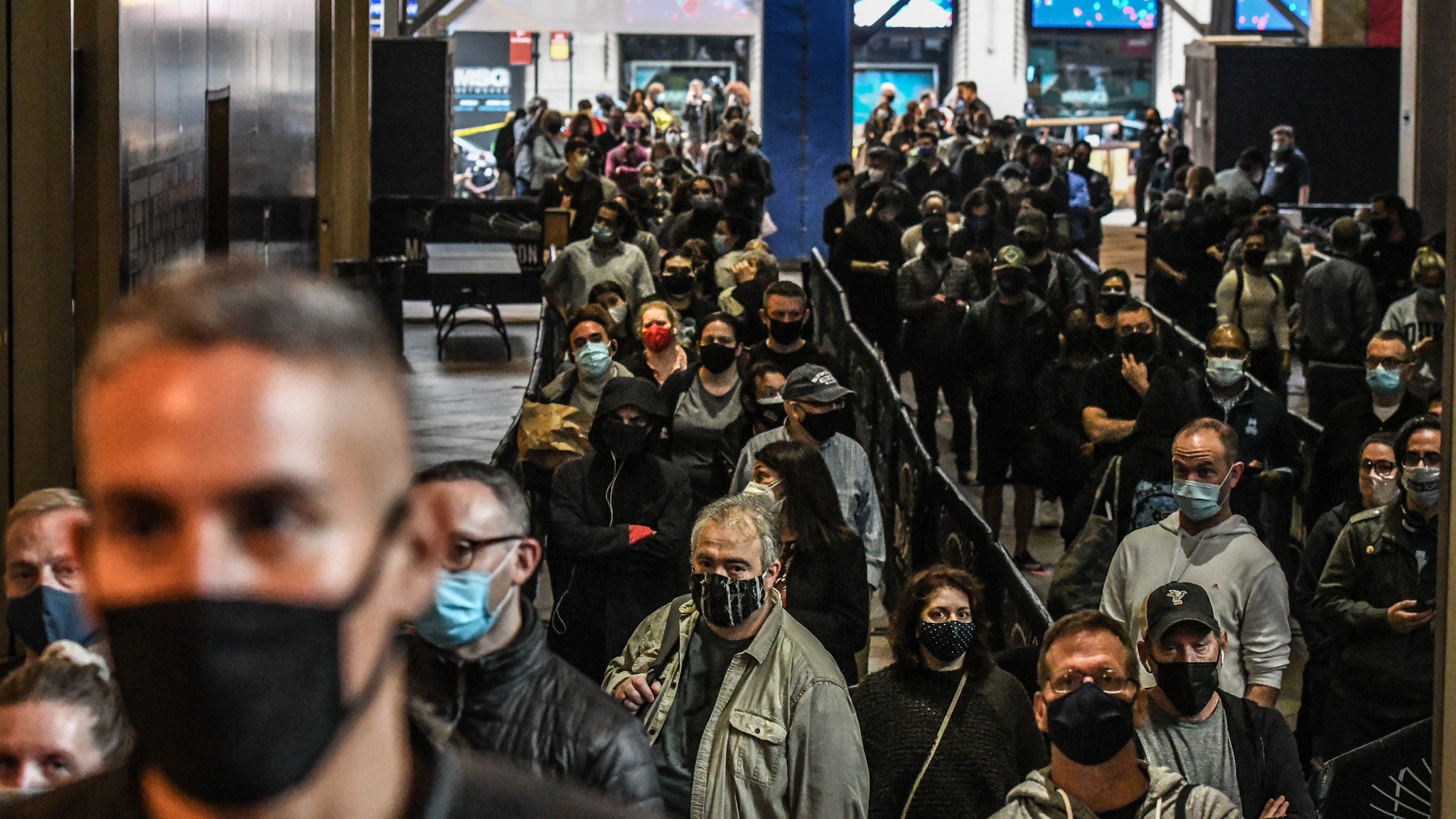 Here’s a strange scene right out of the Big Apple about a week and change out from Election Day — hundreds of people lined around city blocks to vote in person at the first opportunity available.

The first day of early, in-person voting started Saturday in NYC … and a WHOLE LOT of New Yorkers were eager to get out the vote the good old-fashioned way — namely, standing in line for hours in chilly weather, just to cast their ballot and make sure it went through.

The good news … many of them (we’d say the vast majority) are wearing face coverings and appear to be social distancing as best they can out there. The weird part … just seeing the throngs of bodies insistent on voting in person, when voting by mail is an easier option and has actually been encouraged.

This is what the ghost town formerly known as New York looks like on the first day of early voting in history. pic.twitter.com/u2w5pJzfag

It’s interesting … the sheer number of people who seem dead set on exercising their right in this fashion — especially during a pandemic, and especially in a place that used to be the epicenter of said pandemic. In our minds, it speaks to a couple of things happening.

For one, President Trump has waged a war against mail-in voting (and voting in general) … constantly sowing doubt about the legitimacy of the process, suggesting voter fraud is rampant and even stripping down the Post Office from the inside out, via a lack of funding and a new Post Master General — who’s implemented a lot of what Trump’s demanded.

They are rounding up and removing mail boxes. Trump is dismantling the post office piece by piece to steal the election pic.twitter.com/1DrrTU2evu

We’ve seen reports of mailboxes being yanked out of the ground and sorting machines sidelined … not to mention long delays in mail delivery, so people have reason to worry.

Regardless, it’s great to see people voting no matter what … and being relatively safe about it. The moment of truth is upon us.