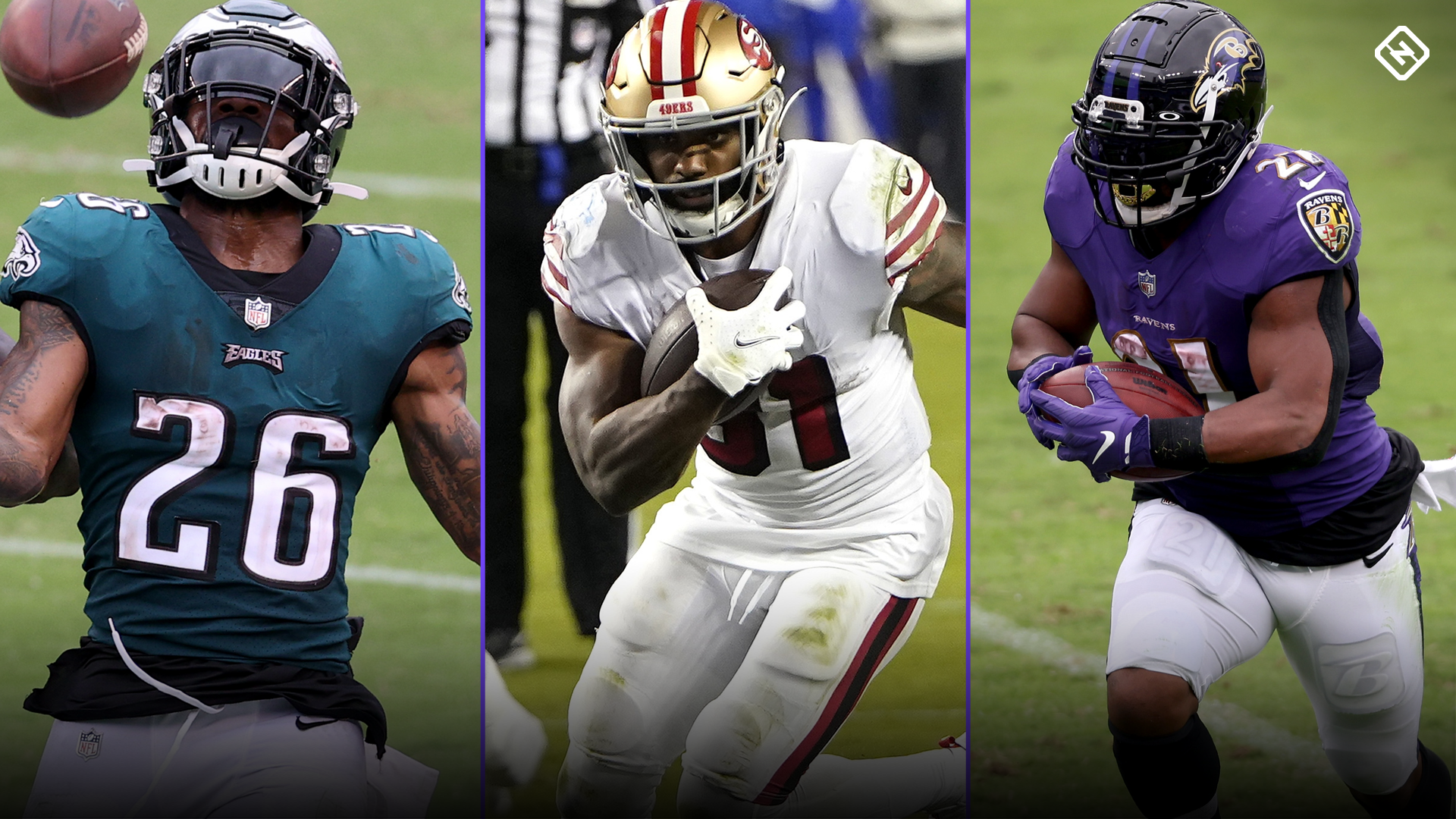 The running back position is seemingly always banged up, and after a week that was relatively kind to the position, Week 6 took out a few more top fantasy football contributors. Miles Sanders, Raheem Mostert, and Mark Ingram all exited their games early with injuries and didn’t return to action. Ahead of Week 7, these injuries are having a major impact on our fantasy RB rankings and waiver wire pickups for owners who are trying to field the best lineups.

Is Miles Sanders playing in Week 7?

Sanders suffered a knee injury in the Eagles’ loss to the Ravens in Week 6 after bending his leg awkwardly at the end of a 74-yard run in the second half. He didn’t return to action, and as Jay Glazer reported on Fox Sports, Sanders is going to get an MRI on Monday and his injury is of “greater concern” than that of Zach Ertz (ankle).

It’s unclear how long Sanders may be sidelined with this injury, but it would seem likely that he’ll miss Week 7 at the very least. The Eagles are playing a Thursday night game against the Giants, so Sanders’ owners should probably have a backup plan in place at this point.

If Sanders does miss time, Boston Scott will take over as Philadelphia’s top running back. Scott only managed nine yards on four touches against the Ravens, but he didn’t get a chance to handle the ball much with the Eagles down so much for a majority of that contest. When Sanders missed Week 1 of the NFL season, Scott totaled 54 yards on 11 touches. He should have a chance to be an RB2 against the Giants because of the volume he would command in the absence of Sanders.

Mostert was in his second game back for the 49ers after dealing with an MCL sprain that sidelined him for a couple of weeks when he exited Sunday night’s game against the Rams with an apparent ankle injury. Mostert was the last member of the 49ers team out of the locker room after halftime and played one snap before exiting the game again. He wouldn’t return and the 49ers ruled him out for the game.

Mostert has a history of leg injuries, so it’s concerning that another malady has forced him out of action. He may have to miss some time for the 49ers and at the very least, San Francisco will be keeping a close eye on Mostert’s ankle and could limit his carries if he is able to play through the injury.

If Mostert misses time, Jerick McKinnon would likely be the backfield leader for the 49ers, but the team has been wary of letting him handle a full workload this season. That said, McKinnon will likely split work with somebody, but it’s unclear who that may be. Tevin Coleman (knee) is still on IR, and while he’s eligible to return in Week 7, he could need more time to get healthy. Jeff Wilson Jr. (calf) missed Sunday’s night’s game, as well.

If neither player can get healthy, then JaMycal Hasty would be the top complement to McKinnon. Hasty had 37 yards on nine carries against the Rams, so if Mostert is ruled out and both Coleman and Wilson Jr. can’t return to action, he’s worth adding and using as a potential flex despite a tough Week 7 matchup against the Patriots.

Ingram suffered an ankle injury in the first half of the Ravens’ win over the Eagles. He exited the game and didn’t play in the second half because of the injury. However, Ravens coach John Harbaugh was seemingly optimistic about Ingram’s injury and said that he didn’t think the injury was a long-term one. That obviously bodes well for Ingram moving forward.

Still, Ingram is a 30-year-old running back, so the Ravens will be cautious with him as he tries to return. He could miss some time as a result, and that would mean more carries for both JK Dobbins and Gus Edwards if Ingram needs to miss some time. Edwards saw 14 carries against the Eagles and mustered just 26 yards and a TD in that contest. Meanwhile, Dobbins saw nine carries and turned them into 28 yards while adding a single yard on two catches, as well. Both will be fringe-RB2s and flex plays if Ingram misses time after Baltimore’s Week 7 bye.