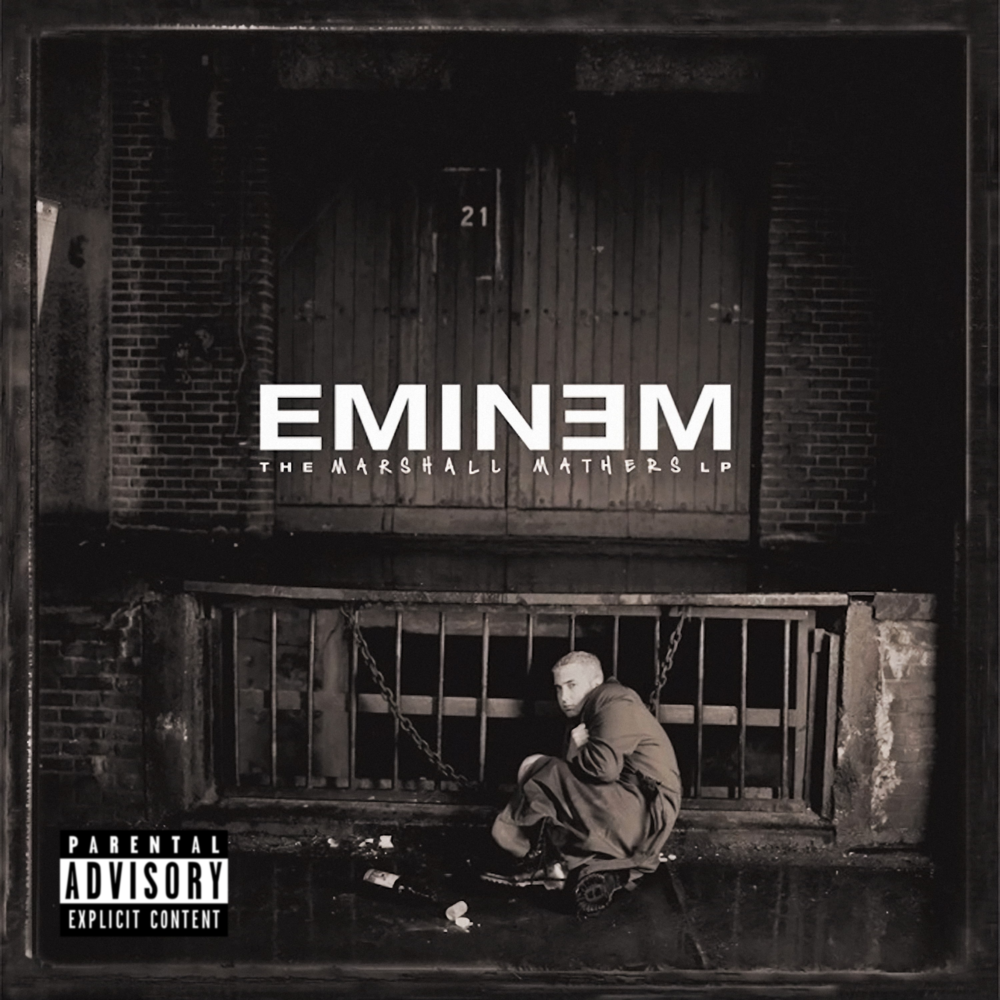 [Intro]
You know, I just don’t get it
Last year I was nobody, this year I’m selling records
Now everybody wants to come around
Like I owe ’em somethin’
The fuck you want from me, 10 million dollars?
Get the fuck outta here

[Verse 1]
Yo, you might see me joggin’, you might see me walkin’
You might see me walkin’ a dead Rottweiler dog
With its head chopped off in the park with a spiked collar
Hollerin’ at him ’cause the son of a bitch won’t quit barkin’
Or leanin’ out a window with a cocked shotgun
Drivin’ up the block in the car that they shot Pac in
Looking for Big’s killers, dressin’ ridiculous
Blue and red, like I don’t see what the big deal is
Double barrel 12-gauge bigger than Chris Wallace
Pissed off ’cause Biggie and Pac just missed all this
Watchin’ all these cheap imitations get rich off ’em
And get dollars that shoulda been theirs like they switched wallets
And amidst all this Crist’ poppin’ and wrist watches
I just sit back and just watch and just get nauseous
And walk around with an empty bottle of Remy Martin
Startin’ shit like some 26 year old skinny Cartman (Goddamn it!)
An anti-Backstreet and Ricky Martin
Whose instinct’s to kill *NSYNC, don’t get me started
These fuckin’ brats can’t sing and Britney’s garbage
What’s this bitch, retarded? Give me back my 16 dollars!
All I see is sissies in magazines smilin’
Whatever happened to wilin’ out and being violent?
Whatever happened to catchin’
A good old-fashioned passionate ass-whoopin’
And gettin’ your shoes, coat and your hat tooken
[Bridge]
New Kids on the Block suck a lot of dick
Boy/girl groups make me sick
And I can’t wait ’til I catch all you faggots in public
I’ma love it (Hahaha)


[Verse 2]
Vanilla Ice don’t like me (Uh-uh)
He said some shit in Vibe to spite me (Yo)
Then went and dyed his hair just like me (Haha)
A bunch of little kids wanna swear just like me
And run around screamin’ “I don’t care, just bite me!” (Na-na)
I think I was put here to annoy the world
And destroy your little four year old boy or girl
Plus I was put here to put fear in faggots who spray Faygo Root Beer
And call themselves clowns ‘cause they look queer
Faggy 2 Dope and Silent Gay
Claimin’ Detroit, when y’all live 20 miles away (Fuckin’ punks)
And I don’t wrestle, I’ll knock you fuckin’ faggots the fuck out
Ask ’em about the club they was at when they snuck out
After they ducked out the back when they saw us and bugged out
Ducked down and got paintballs shot at they truck — blaow!
Look at y’all runnin’ your mouth again
When you ain’t seen a fuckin’ mile road south of 10
And I don’t need help from D12 to beat up two females
In make-up who may try to scratch me with Lee Nails
“Slim Anus”? You damn right, slim anus
I don’t get fucked in mine like you two little flamin’ faggots
[Hook 2]
‘Cause I’m just Marshall Mathers (Marshall Mathers)
I’m not a wrestler guy
I’ll knock you out if you talk about me (You talk about me)
Come and see me on the streets alone
If you assholes doubt me (Assholes doubt me)
And if you wanna run your mouth
Then come take your best shot at me (Best shot at me)