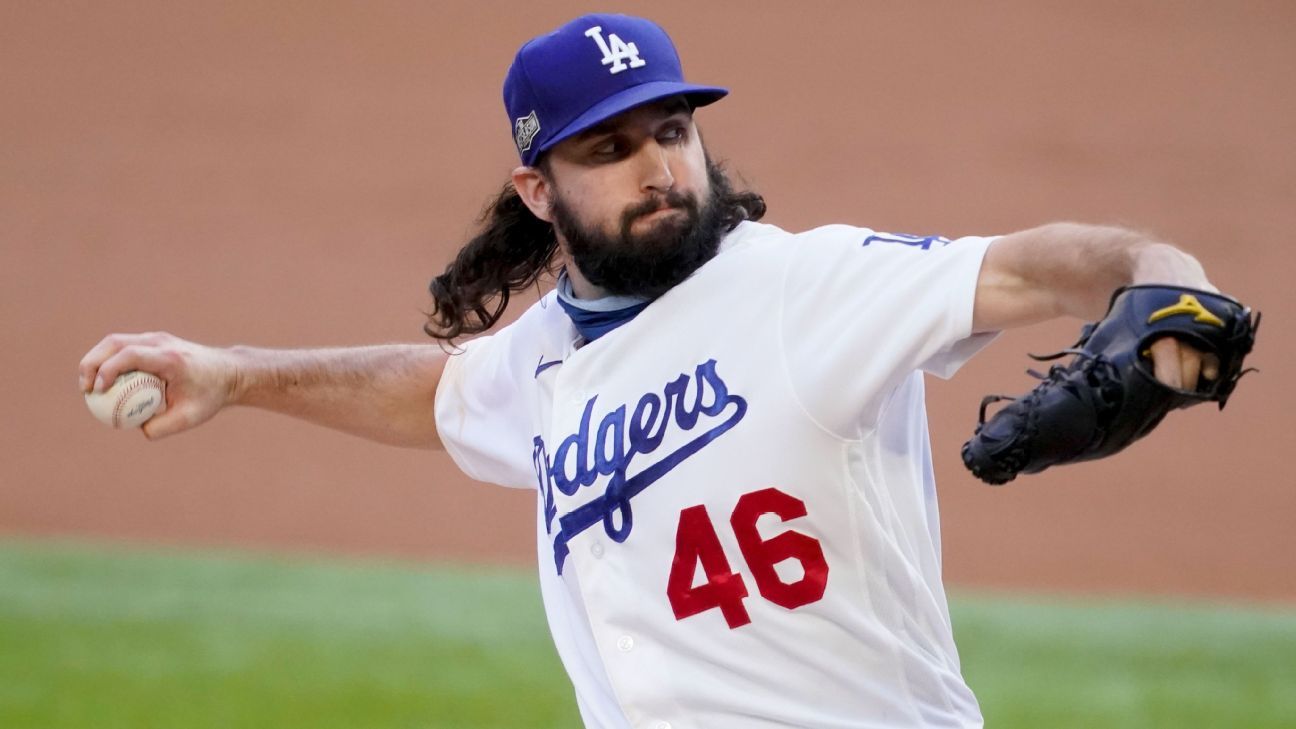 Gonsolin, who will oppose Tampa Bay Rays lefty Blake Snell, faced 11 batters and threw 41 pitches in Game 7 of the National League Championship Series, and he might not be able to provide much more than a couple of innings.

Dodgers manager Dave Roberts said his other two young starters, Julio Urias and Dustin May, will also be available out of the bullpen in Game 2, though Urias and May combined to face 14 batters in Game 7.

Walker Buehler will start Game 3 on Friday; whoever is freshest among Gonsolin, May and Urias will likely take the ball in Game 4 on Saturday. Clayton Kershaw, who pitched six innings of one-run ball in Monday’s 8-3 victory in Game 1, lines up on normal rest for Game 5 on Sunday.