Demi Lovato defends her latest single ‘Commander in Chief’: ‘I have a right to political views’ 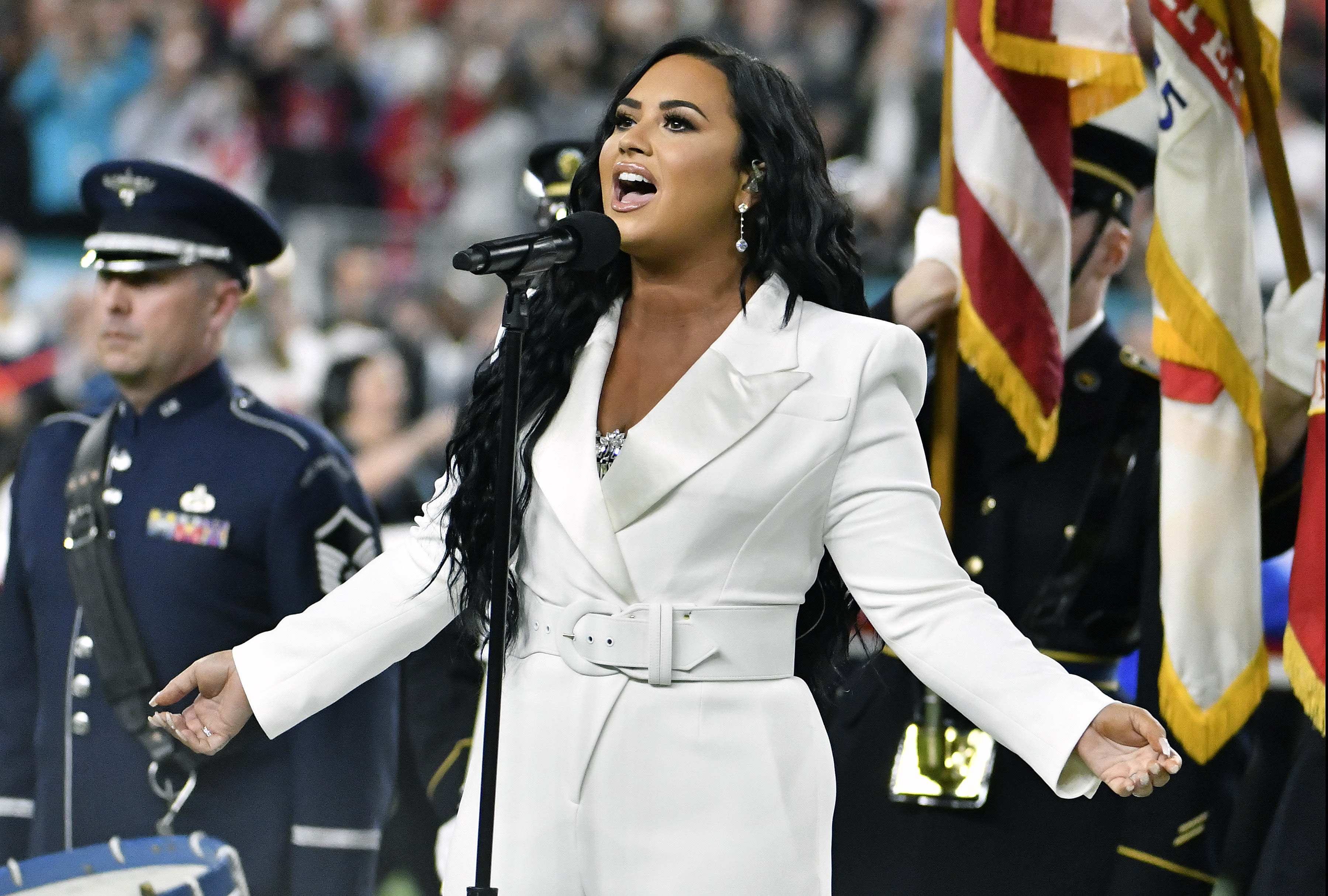 Demi Lovato is defending herself against critics of her latest single, “Commander in Chief,” after one fan warned the singer that the political pop song could “ruin” her career.

The 28-year-old released the song Tuesday night, which sends a direct message to President Donald Trump about her thoughts on the state of the country and the suffering that so many have endured.

“Commander in Chief, honestly. If I did the things you do, I couldn’t sleep. Seriously, do you even know the truth?” she sings in the chorus. “We’re in a state of crisis, people are dying. While you line your pockets deep.”

Lovato had teased the song by posting a few clips of the upcoming music video to her Instagram page, featuring a young Black girl and an older white man mouthing the lyrics.

The cover of the single also shows Lovato wearing a face mask that reads “VOTE.” The singer, who has been outspoken about her political beliefs in the past, announced that the song had been released with a post captioned “I’m calling on all of you, please join me in voting for this years election.

Find your voter information at iwillvote.com.”

Lovato’s comment section has since been flooded with mixed responses to her song and political statements — including those that are encouraging her to steer clear of political messages in her music.

“I hope you realize this makes people that don’t have the same political views feel like they can’t listen to you anymore. We could care less what you post about politics but this song is going to at to far especially when the majority of your family is Republican,” one comment reads.

“I’m personally ashamed to be a Lovatic right now but no matter how hard it is I’m not letting this song change my feelings about you especially after everything you have helped me with. I really hope this doesn’t ruin your career Demetria.”

“You do understand as a celebrity, I have a right to political views as well? Or did you forget that we aren’t just around to entertain people our entire lives..that we are citizens of the same country and we are humans with opinions as well?

They difference between me and the type of artist you WANT and EXPECT me to be, (but I’m sorry honey that will never BE me) I literally don’t care if this ruins my career,” she wrote. “This isn’t about that.”

The singer went on to write that she “made a piece of art that stands for something I believe in,” noting that she’s acknowledged the risk of losing fans and sales.

“As much as I would like to be sad that I disappointed you, I’m too busy being bummed that you expect me, a queer Hispanic woman, to silence my views/beliefs in order to please my audience. I.e. your family,” she continued.

Lovato received other messages, including “yikes” and “you’re so lost,” as followers expressed opposing political beliefs. However, she declared on Instagram, “This song isn’t about division. This is about finding answers from our sitting president.”

Others praised Lovato for using her voice and her platform in this way. “This is why I have and will continue to stand by this incredible woman,” one person commented. Another wrote, “Keep using your voice for good and inspiring people.”