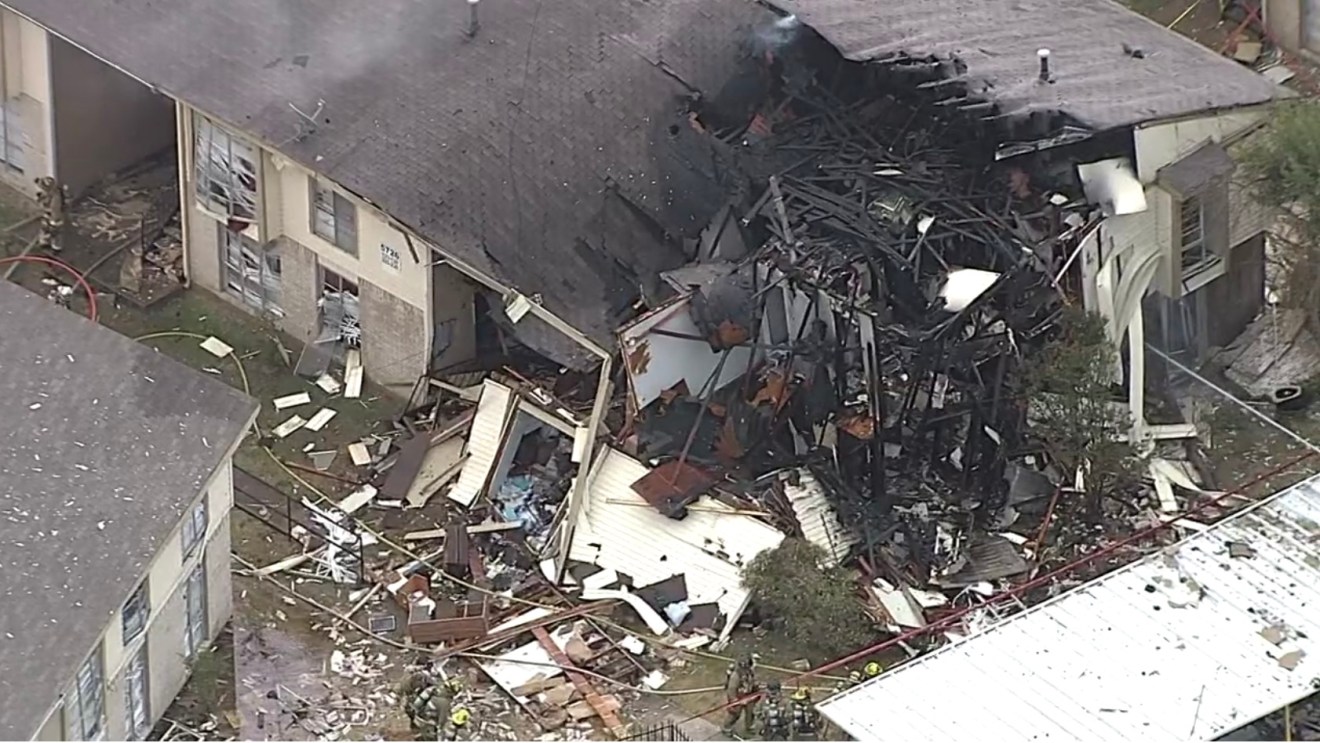 Authorities report that a natural gas explosion caused a partial collapse of an apartment building in Southern Dallas on Wednesday morning.

At around 10:30 a.m., reports of an explosion and fire at the Highland Hills housing complex were received. The community is located on Highland Hills Drive in the 5700 block, near the intersection of Simpson Stuart and Bonnie View roads, and not far from Paul Quinn College.

On one end of a two-story apartment building, a chunk of the roof fell, as did a section of the roof in the middle. Windows on neighbouring buildings have been blown out, and bricks from the front have been pushed down.

Despite the fact that the explosion appeared to have caused damage to at least two other structures, firemen were able to put out the fire before it engulfed the structure or spread to nearby structures.

Multiple ambulances have been dispatched to the scene, no casualties have been confirmed. At the time of the incident, no one appeared to be receiving medical attention.

It’s unclear how many homes were impacted by the blast. It’s also unclear whether there’s a gas leak in the neighbourhood.

Highland Hills Drive has been closed to traffic. Hundreds of people stood near the apartment complexes, watching the scene unfold.

“Mountain Creek Apts LP, the owner of the Highland Hills Apartments in Dallas, was recently informed of
the incident that occurred today at the complex. Emergency management officials and first responders
are on‐site working alongside property management personnel to assess the situation and work with
displaced residents on relocation options. We are in the process of gathering information and awaiting
the Fire Department’s report on the cause.

Our thoughts and prayers go out to all those affected by this situation.”

For the most up-to-date information, return to this page and refresh it. Details in this article may change as they become available.