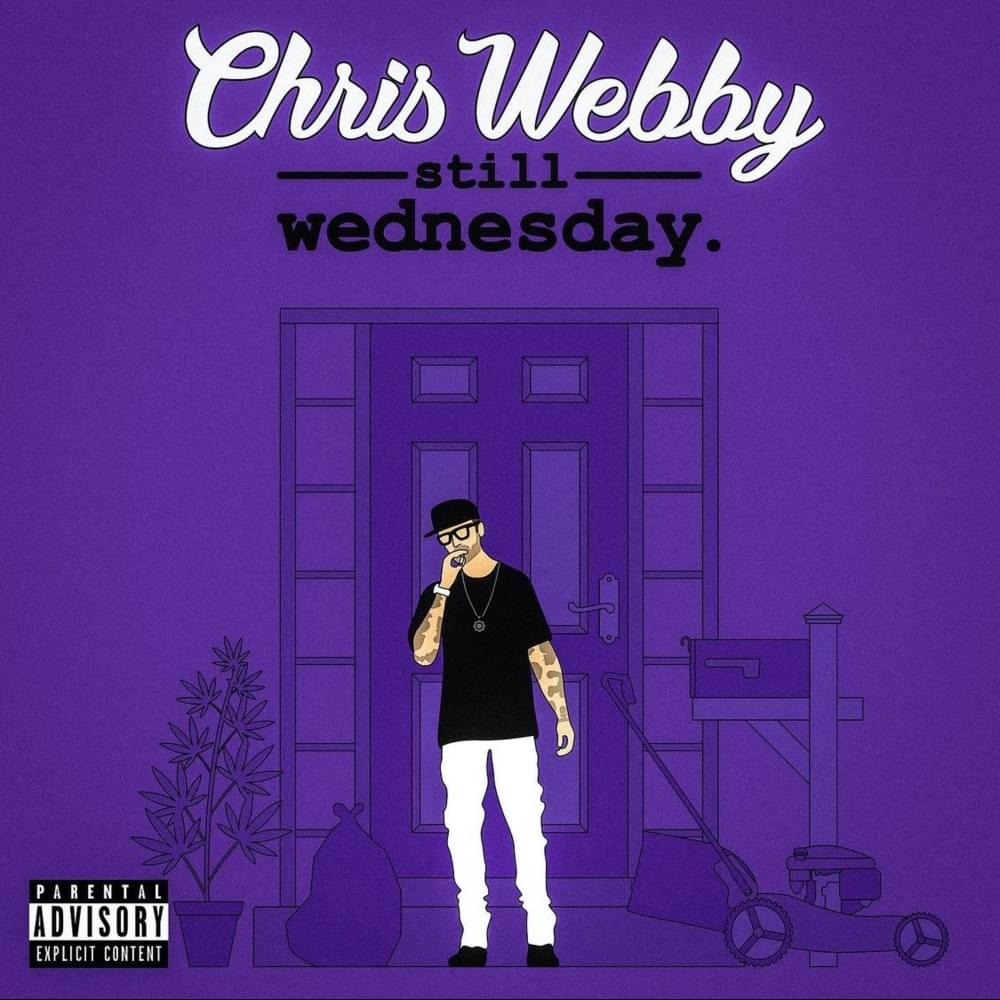 [Intro]
There’s a lot of opinions floatin’ around these days
And I got my own, ya know?
They may not be publicly acceptable
They may get me cancelled
But its my goddamn American right to speak ’em
And if you got a problem with that
Suck my dick

[Verse 1]
In a world made for the weak, the meek, the beta males, and the sheep
Too soft for the bait
If they don’t agree then they just block and try to censor whatever you speak
Only like-minds on the timeline that they see
They anti-this and anti-that
So close-minded really, thеy just anti-facts
And you can show ’em the proof
But if it doesn’t all align with thеir views that they’ve been programmed with from the news
Then they don’t want to hear it
Or even fuckin’ be near it
See the truth is too much for they spirit
That’s why they fear it (pussy)
They try to tell me no, but fuck it, I’ma say it anyway
I’ve been waiting for the government to kill me any day
What the fuck? I’m not important enough?
Must I talk about the vax, how they poisonin’ us?
Or the Vatican and all the little boys that they touch?
I’m not scared, shit it’s not like I’m avoidin’ this stuff
Yeah, the first amendment still lives on through me
And certain other motherfuckers who ain’t on TV
We the last dinosaurs alive in AD
When we’re gone, then you’ll really know that freedom ain’t free
But if everybody got to showin’ some balls
These agendas they’ve pushing would be slowed to a crawl
But y’all so fucking soft, obeyin’ and goin’ along
Sitting there triggered over a song
I know the type
Got a black lives matter sign on the front porch
Never had a black person in the house
Yeah it’s time to call ’em out
Virtue signal motherfuckers ain’t about shit
They just runnin’ at the mouth
With these preprogrammed points of view
And these ludicrous facts, Asian hate
Stop acting like you knew about that
If you need a safe space, there’s some room in the back
With fresh vaginal wipes you can use while I rap
Pussy
Yeah, it helps ’em all sleep at night
Knowing they signed a petition for equal rights
For transgenders, talking like it’s their fight
When in reality they never met one in their life
They don’t donate, or actually do nothin’ about it
They just sit there, sippin’ Mountain Dew on they couches
While they clappin’ for each other and circle-jerking themselves
Applaud the loss of freedom and cancel those who rebel
And I’m the bad guy ’cause I’m white and not gay
Which means that I’m a bigot and discredits what I say
But uh
I’d rather have some toxic masculinity
Than have an inner bitch in me bitch
So suck a dick or three
See, the algorithm’s keeping you lost and now you’re caught
In an echo chamber of your own thoughts
Let me talk while I can and speak to all my supporters
Before there’s lawyers, threats, and gag orders
Cause nowadays that’s the American way
With this false administration that has led us astray
They want the country to heal, but they don’t spell with an A
What they mean is to obey and do whatever they say
But we tired of that
So when I’m here to rap
I got a duty to the people to bring light to the facts
Never see a day I’m taking it back
If I gave a shit then I’d use a mask, for wiping my ass
And when it comes to the shot, I don’t care if you got it
Why you care if I didn’t? I’m not understanding the logic
Shit, it’s such a hot topic, you can get ’em in malls
“I just got my eighth booster”, fuckin’ round of applause
People scared to say it so they just say nothing instead
So let me make myself clear so they don’t twist what I said
Hell yeah I’ll get the shot, with a gun to my head
After they pull the trigger and they vaccinate me dead

[Bridge]
Oh, y’all thought I was done?
Hell no, this is raw thoughts
You know how we do
Line these motherfuckers up
It’s time to get to work

[Verse 2]
Where should I start, Joe Biden I guess
Old yeller
Shit, I’m honestly surprised he hasn’t died on us yet
You ain’t our president, dog
Shit, you don’t have to pretend
Come on Joe, we all know that you ain’t actually win
Yeah, them puppet strings holding you up, weekend at Bernie’s
Dementia really slowin’ you up, should we be worried?
You’re trippin’ up stairs, then you’re sniffin’ on hair
Someone go and get this geriatric man a wheelchair
And then you got a son makin’ lots of loot
From the Ukraine, who blew it on prostitutes
So I snort a line of crack rock off the protective case up on Hunter Biden’s laptop
So I’m typing in capslock, like
Hi Fauci, I seen that mail leak dog
Better get a better anti-virus call the Geek Squad
The king of backtracks
Last time I seen that many wrong numbers was me when I failed math class
And Jen Psaki, I’m gettin’ sick of that lying twat
Fire crotch
Always trying tell me they’ll require shots
But if it’s shots that they want, I’ll let ’em have it
If they knocking on my door, checkin’ my vaccine status
Andrew Cuomo
Grabbin’ asses like the old days
Still had time to kill more old people than old age
We all hate you, judge, and defame you
I speak for all Italians: We don’t claim you (fuck ’em)
Rejected Rachel Maddow with a fatal strain of mad cow
Walked her up a massive flight of steps and kicked her back down
Seein’ news come out
Make me wanna smack the dick right out of Anderson Cooper’s mouth
So ask your senator, pass me the Astrazeneca
Vax your relatives, dad, go and jab your stepmother
Rapid testing your ass
When you have a temperature, shit
We gone nuts, don’t vax the messenger
Like Kamala Harris and Guantanamo barracks
She’s incarcerated so many people
I think it merits, leaving her there to rot
She deserving of it either way
Just be sure you don’t forget to go and throw the key away
And you call me insane
But Ted Cruz has actually growin’ on me
Wait, let me explain
Shot wise, he’s been freedom of choice
While also fighting for the first amendment
Which I need for my voice to get out
So no matter how bad that I want to hate
I give credit where its due, I know its a hot take
But before I’m off the subject, wait, you still ugly
Shit, Arya Stark won’t even wear your face
I’ll impregnate Melinda Gates
She said my dick was great
I said “shut up bitch
Get back in the kitchen, fill my dinner plate”
Then I liquidated Bill’s estate
Blew their house up with them in it, let ’em incinerate
Gathered up their ashes and slipped ’em into some vaxes
The FDA approved and shipped it off to the masses
Had some side effects, but they ain’t worried about that shit
Long as I ain’t tell no one and pay my taxes
Get your vaccine, shoot up like 15
And don’t forget to go collect your free Krispy Kreme
Go and get tested for fun to get a swab high
Cause there’s nothin’ quite like huffin’ ethanol oxide
And Zuckerberg will try to censor my words
Jack Dorsey shadow banning, this revenge of the nerds
New rules, tryin’ to regulate life as it was
More mandates than gay night at the club
So I’m sorry that I had to come and stop the show
Before we all need a motherfuckin’ shot to go
Anyway, so someone had to come an rock the boat
And say shit that even Tom MacDonald won’t
And I’m just one guy with the balls to say what I see
Even if I sound off a ways
All I know is that we’re way too lost to save
At this point, I could write a Raw Thoughts a day
Shit, but these are my opinions
And I’m allowed to speak ’em
You wanna get the shot?
Do you, it’s called freedom
You don’t? Then you don’t
Stop forcing vaccinin’
Cause to me, that’s like pushin’ pork belly on a vegan
I mean it
Disagree with my views, that’s all fine
I respect you for yours, respect me for mine
We don’t gotta draw a line in the sand or nothin’
Just respect a motherfucker that’ll stand for something
So keep watching the news and keep trusting the numbers
I’ll keep digging for truth and tell ’em what I discover
As they cancel motherfuckers just for raisin’ they hand
I’ll pull my megaphone out and get to takin’ a stand
Raw thoughts

The USA has decided to extend its internet services to Iran

The second season of Shadow and Bone will premiere in 2023

The USA has decided to extend its internet services to Iran

The second season of Shadow and Bone will premiere in 2023