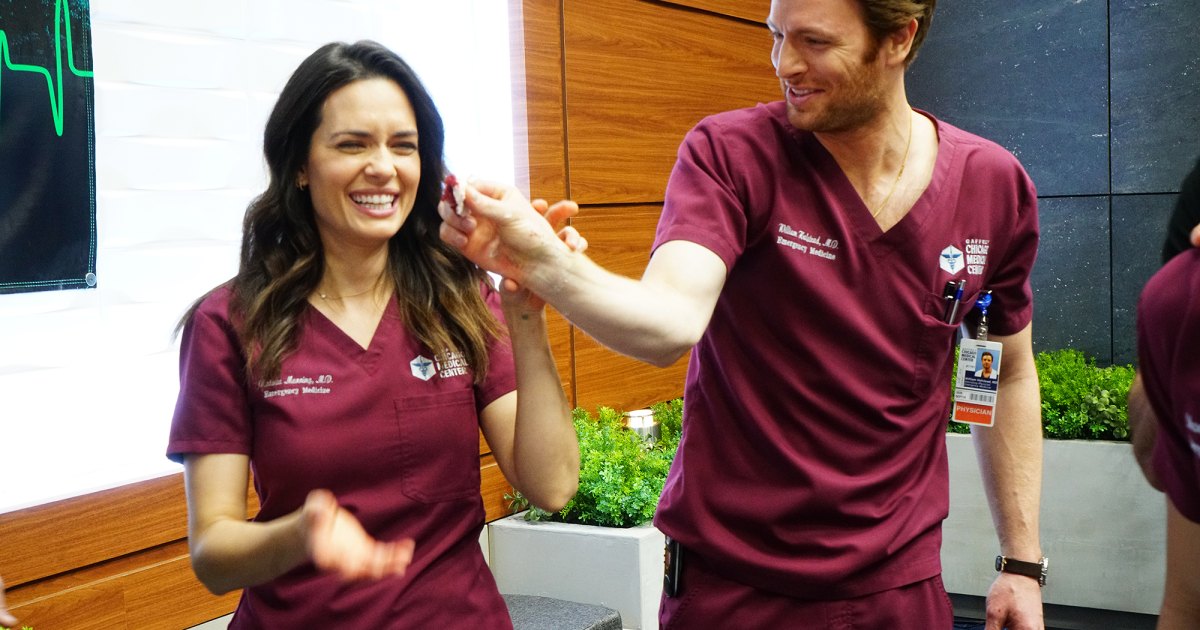 Justice for Manstead! Chicago Med fans have watched Natalie Manning (Torrey DeVitto) and Will Halstead (Nick Gehlfuss) go through the wringer with their up and down romance. The pair, who may have made it to the altar had he not been kidnapped on their wedding day, are not together when season 6 begins — but will they ever be?

“Obviously, I know that we have a drama show and I know that it has to be interesting. If Will and Natalie were just together the whole time, it could be boring because it’s not real life. But I have to say, I always hold a candle for Manstead,” DeVitto, 36, told Us Weekly exclusively while promoting her partnership with The Tote Project and SaveBAE to help educate foster youth. “Maybe it’s just because that’s the way the show started. It just seems like the OG couple to me. I hold hope out for them, but you never know!”

The Pretty Little Liars alum went on to say that she really does adore them as a couple, despite the mistakes they’ve both made.

“I feel like the characters are so likable. I feel like Natalie is a little more uptight than Will is, but his character is just, like, this lovable guy that kind of messes up all the time but with the best intentions,” she said. As for whether they’ll ever get back together, she added, “I hope so. It depends on how long the show goes.”

At the end of season 5, Natalie found out that Crockett (Dominic Rains) had lost a daughter — something that no one else at the hospital knows — and saw a different side of him when their lives were put at risk. Although he’s not nearly as likable as Will, could their relationship turn into something more than just strictly professional?

“I do think that him revealing to her his secret and stuff makes her feel closer to him. I think this guy, that she thinks is pretty cocky, has it all under control. Seeing that vulnerable side to him, I do think kind of lights something inside of her,” the One Tree Hill alum teased. “And what that is, I haven’t yet figured out — but it’s something.”

With reporting by Kayley Stumpe

Listen to Watch With Us to hear more about your favorite shows and for the latest TV news!