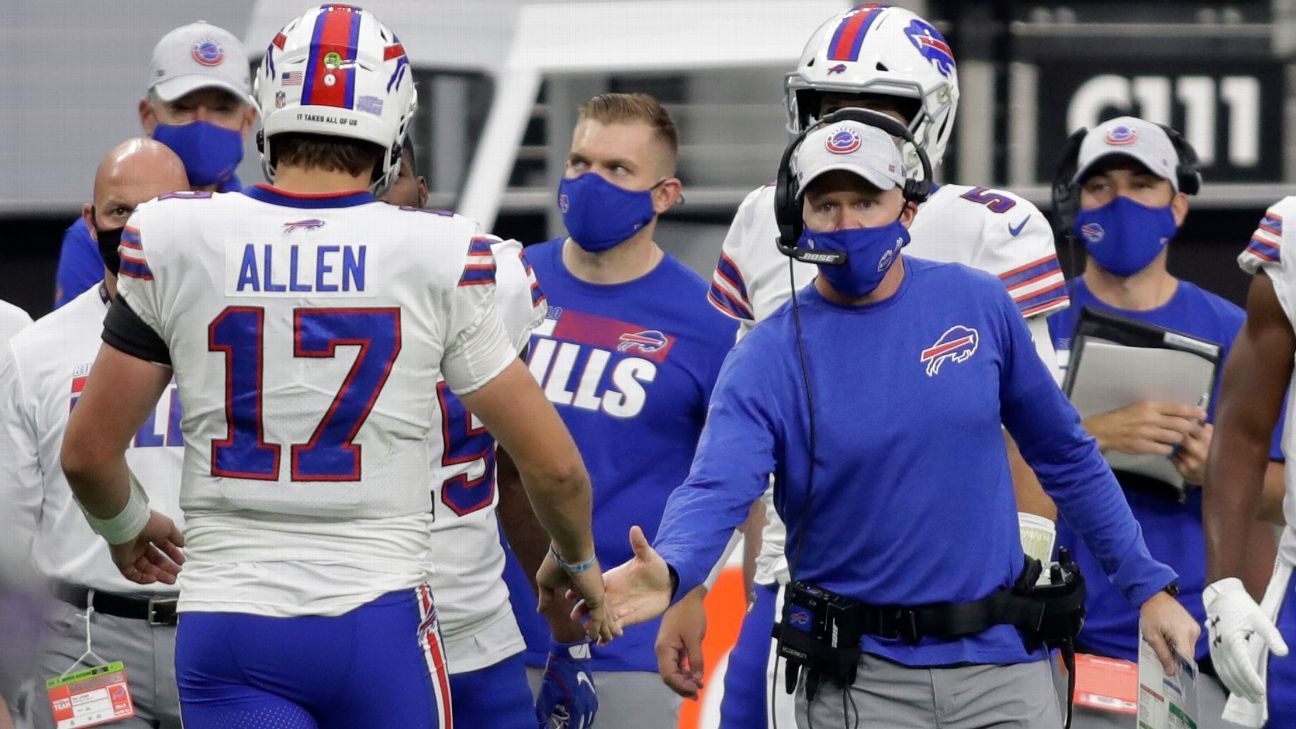 After several days of uncertainty, it’s finally clear what the next two weeks will look like for the undefeated Buffalo Bills. For now, at least.

The Bills’ Week 5 game against the Tennessee Titans was pushed from Sunday afternoon to Tuesday (7 p.m. ET, CBS), a byproduct of the Titans registering three positive COVID-19 tests in a two-day span. And the NFL officially moved the Bills’ Week 6 game against the Kansas City Chiefs — originally scheduled for Thursday Night Football — to Monday (5 p.m. ET, Fox).

Bills players were kept in limbo throughout the past week, having to adjust their practice schedule after initially preparing to play Sunday.

“We’re not really sure what’s going on. Honestly, we’re clueless about the situation coming up,” Bills safety Micah Hyde said after Thursday’s practice. “We want to play. … If it has to be Monday or Tuesday or Wednesday, we’ll be prepared.”

Hyde, who spoke hours before the league moved the Bills-Titans game to Tuesday, said he didn’t realize postponing games was a possibility within the NFL’s protocols because of the coronavirus pandemic. Everyone within the Bills’ organization is well aware now. To adjust for the Tuesday game, the Bills canceled Friday’s practice and worked out instead on Saturday and Sunday.

Assuming Tuesday’s game is played — which team sources say is the situation the Bills are preparing for — Buffalo will get six days to prepare for the Chiefs (4-1), twice as many as it would have with its original schedule. Following the Chiefs game, the Bills will get another short week, this time facing the winless New York Jets on Oct. 25.

From there, they will face the New England Patriots, who had to shut down their facility last week after multiple positive COVID-19 tests, the Seattle Seahawks and the Arizona Cardinals before their bye in Week 11.

The Bills are doing their best to keep their tunnel vision on the game ahead of them, even as the threat of postponing games — and losing game checks — lingers.

“We knew adversity was going to hit,” Bills offensive lineman Cody Ford said. “We’re just going to take it day by day and focus on this week only.

“I don’t know anybody who wants to lose money because of something that they couldn’t control. It’s one of those things where we can only control what we can control. It would hurt not to get paid, but I would rather be healthy than be rich.”