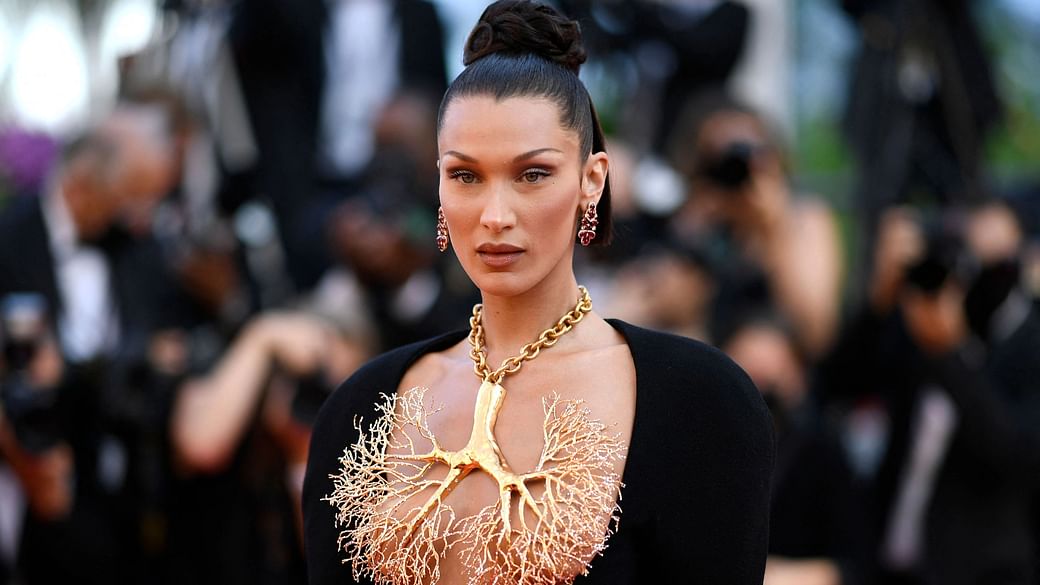 The model, 24, was spotted rocking a black bikini while vacationing in Cannes over the weekend.

Hadid hit the water with her reported new boyfriend Marc Kalman, 33, an art director who has collaborated with Travis Scott and designed the logo for A Bathing Ape. The new pair was seen yachting with friends while taking a break from the ever-popular Cannes Film Festival.

The couple was also seen jet-skiing on the waves and at one point, Hadid even removed her bikini top in favor of a colorful see-through shawl-like ensemble that wrapped around her neck.

The piece is described by Schiaparelli as “Golden trompe l’œil lungs with rhinestones.”

“Trompe l’œil” describes the artistic illusion of tricking the eye into perceiving a painted or flat detail as a three-dimensional object.

Score another eye-popping look in the books for Hadid, who was first romantically linked to the artist in early June when they were spotted out on a lunch date together. They were apparently introduced through friends, according to The Sun.

Their relationship seemingly started up following her split from on-again-off-again boyfriend The Weeknd, who sparked his own romance rumors this week after dining with Angelina Jolie.

How the federal child tax credit will work