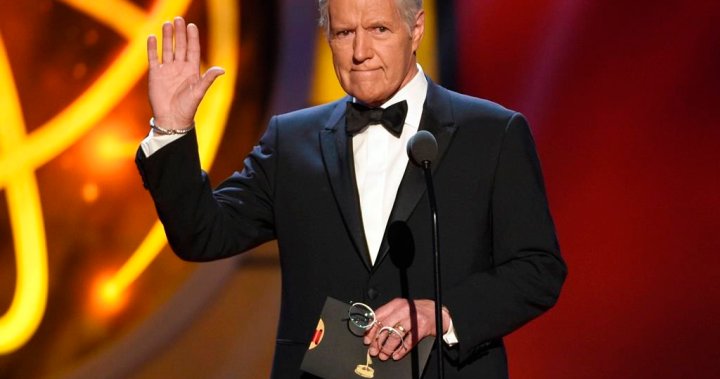 Alex Trebek, the host of syndicated game show Jeopardy! since 1984, passed away from pancreatic cancer Sunday. He was 80 years old.

The official Twitter account of Jeopardy!’posted Sunday afternoon announcing the news, saying Trebek was surrounded by friends and family when he passed away.

Jeopardy! is saddened to share that Alex Trebek passed away peacefully at home early this morning, surrounded by family and friends. Thank you, Alex. pic.twitter.com/Yk2a90CHIM

The Canadian-born host revealed he was suffering from Stage 4 pancreatic cancer in a video posted to the show’s official social media channels on March 6, 2019.

“Now, just like 50,000 other people in the United States each year, this week I was diagnosed with Stage 4 pancreatic cancer,” he said. “Now normally, the prognosis for this is not very encouraging, but I’m going to fight this, and I’m going to keep working.

“And with the love and support of my family and friends and with the help of your prayers, also, I plan to beat the low survival rate statistics for this disease,” he said.

He then joked that he has to keep working due to contractual obligations.

“Truth told, I have to! Because under the terms of my contract, I have to host Jeopardy! for three more years! So help me. Keep the faith and we’ll win. We’ll get it done.”

After the news about this death, many celebrities took to Twitter and expressed their condolences.

Alex Trebek was kind enough to film a cameo for our film Free Guy last year despite his battle. He was gracious and funny. In addition to being curious, stalwart, generous, reassuring and of course, Canadian. We love you, Alex. And always will.

Very sorry to hear the news about Alex Trebek. Condolences to his family. 😞

The answer is….. THANK YOU! Alex Trebek. You were grace and guts and humor and deep love.

Born George Alexander Trebek (he later went by the simpler “Alex”) on July 22, 1940 in Sudbury, Ont., he grew up in a bilingual French-English household and was fluent in both languages – something any fan of Jeopardy! knows. He graduated from the University of Ottawa with a degree in philosophy in 1961, but found himself becoming interested in news reporting and broadcast journalism.

He landed a job at the CBC, and began his career as a news reporter and sportscaster. Trebek was a TV host for the first time on CBC’s Music Hop, and in 1966 he hosted the high-school quiz show Reach For the Top, a game with an ironically quasi-Jeopardy!-like format.

Prime Minister Justin Trudeau shared his condolences in a tweet on Sunday, saying we have “lost an icon.”

“Almost every night for more than three decades, Alex Trebek entertained and educated millions around the world, instilling in so many of us a love for trivia,” he wrote. “My deepest condolences to his family, friends, and all who are mourning this tremendous loss.”

In a statement issued later on Sunday, Trudeau recalled how Trebek promoted Canada and stumped contestants with questions about the country.

“We will also never forget the night Alex showed up without his trademark moustache,” he said. “For every memorable moment on the show, millions more were made in living rooms around the world, as friends and families huddled around the TV, shouting at the screen, looking for the Daily Double.”

We have lost an icon. Almost every night for more than three decades, Alex Trebek entertained and educated millions around the world, instilling in so many of us a love for trivia. My deepest condolences to his family, friends, and all who are mourning this tremendous loss. pic.twitter.com/XoobAfJwBv

I’m saddened to hear about the passing of Alex Trebek, a true Canadian legend. My thoughts and condolences go out to the Trebek family during this difficult time. Alex touched so many lives. He will be truly missed. https://t.co/Bt0KhuHaT8

From there, he moved to the United States to further his career, and he hosted a multitude of other game shows like High Rollers and Double Dare, but none really gained any traction until media mogul Merv Griffin and CBS signed him on to the Jeopardy! revival. No one ever replaced Trebek as host (even temporarily) once he started in ’84.

Trebek also simultaneously hosted memory-match game show Classic Concentration from 1987 to 1991, and became one of the best-known game-show hosts in the industry. Over the course of his career, he won five Daytime Emmy Awards for Outstanding Game Show Host.

Trebek holds the Guinness World Record for most episodes of a game show hosted, with an astonishing 6,829 episodes as of June 2014, when the award was bestowed.

Despite his many years as host of a trivia show, Trebek never became pompous and didn’t act like he was some all-knowledgeable being. He said in a 2008 interview that he retained some of the information from the show, but not very much.

“I’ve always been up on trivia, and on general knowledge. But as I’ve gotten older, I’ve forgotten more,” he said. “It’s more difficult for me to retrieve it now, from my little brain cells, which are shrinking and dissolving by the minute. If a clue has to do with something I’m interested in, I’m more likely to retain the information. If it’s not, then I read it and it’s gone. But I must retain some element of it, because on some occasions, I’ll tune in and watch, and I’ll be able to come up with correct responses in subjects that I really know nothing about.”

He wasn’t all seriousness, however; he was a frequent guest star on TV shows, including How I Met Your Mother, Hot in Cleveland and the 2014 series finale of The Colbert Report. On April Fool’s Day in 1997, Trebek and longtime Wheel of Fortune host Pat Sajak traded places – Sajak hosted Jeopardy! and Trebek hosted Wheel along with Sajak’s wife, Lesly.

Trebek could also take a joke, and he was lampooned on multiple occasions on Saturday Night Live, The Simpsons, Family Guy, and The X-Files, among many others. Trebek’s favourite parody, however, was by fellow Canuck funnyman Eugene Levy, who played “Alex Trebel” on Half Wits.

“I thought Eugene captured the private horror a game show host experiences trying to keep things moving on a day where everything is going wrong,” said Trebek.

In 2011 at age 71, the hearty host famously chased down a burglar who’d broken into his San Francisco hotel room.

“I deal with answers and questions,” Trebek told the Jeopardy! crowd the following night. “And today I’m going to start with the answer to a question I suspect is on many of your minds right now. The answer is ‘At 2:30 yesterday morning, chasing a burglar down the hall… until my Achilles tendon ruptured and I fell in an ignominious heap, bruising my other leg in the process.”

Indeed, Trebek was a workhorse; he suffered two minor heart attacks, one in 2007 and another in 2012, but returned to his hosting duties almost immediately afterwards.

He leaves behind his wife, Jean Currivan, and their two children, Matthew and Emily.