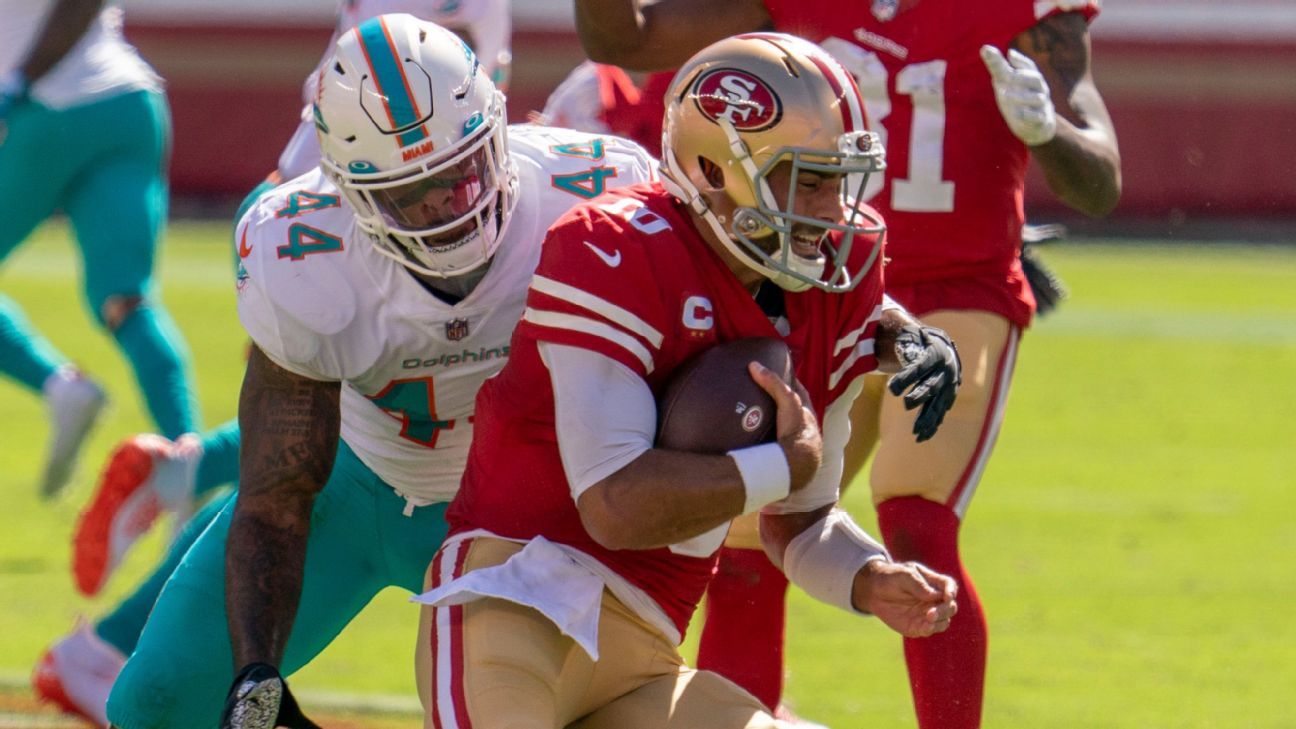 SANTA CLARA, Calif. — San Francisco 49ers quarterback Jimmy Garoppolo’s return from a right high ankle sprain lasted for only a half Sunday against the Miami Dolphins.

Garoppolo started Sunday after a two-game absence because of the injury he suffered in a Week 2 win against the New York Jets. But he, along with the rest of the Niners, struggled mightily as the Dolphins took a 30-7 lead into halftime. Coach Kyle Shanahan decided to turn to backup C.J. Beathard to start the third quarter.

According to the Fox broadcast, Shanahan said at halftime he was “worried” about Garoppolo and decided to go with Beathard because he “wants to protect” Garoppolo. Garoppolo was under pressure for much of the first half as the Dolphins sacked him three times and had four quarterback hits. He threw a pair of second-quarter interceptions as he struggled to get comfortable in the pocket.

In his two quarters, Garoppolo was 7-of-17 for 77 yards with no touchdowns and the two interceptions for a passer rating of 15.7. Beathard played well in relief but was not able to mount a comeback as the Niners lost 43-17. He finished 9-of-18 for 94 yards and a touchdown.

Beathard was making his second relief appearance in as many weeks. He stepped in for Nick Mullens in last week’s loss to the Philadelphia Eagles and almost led the 49ers to a late comeback victory.

After that performance, Shanahan promoted Beathard to the No. 2 quarterback spot this week with Garoppolo reclaiming his starting job.